The important values of Dinka culture in the southern Sudan are unbelievable because the way Dinka done their own cultures is way different with other tribes in the southern Sudan and whole Sudan. Also the moral values of the women and men are way different with other people around the world. Dinkas are the people of the southern Sudan, and inhabiting the swamplands of the Dinka largest ethnic groups region of the Nile basin. They are chiefly a pastoral people, relying on cattle herding at riverside home in the dry season to growing millet in fixed settlement during the rainy season. In the two decades, 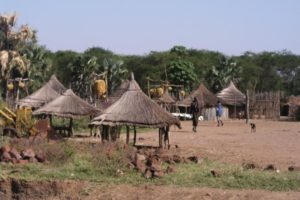 the Dinkas changed their culture around seventh- eighth years ago. In this present time most of them interacted with other cultures around the world, but Dinkas are still following their own culture. The population of Dinkas around 4-5 million people, constituting about 48% of the population of the entirely country, and that made them as largest ethnic tribe in Sudan. They are a black Africa people in origin, differing markedly from the Arab tribes inhabiting northern Sudan they are noted for their height often reaching as much as seven feet. Besides, their women are famously beautiful than other tribes in the whole Sudan, and the usually marriage within their community.

In Dinka culture people practice a traditional which allows for a family to maintain its name from generations to generations through what has been described as ghost marriage. In the Dinka tradition of ghost marriage requires that when a man die or absent himself from home for long time; the family will takes upon itself the responsibility to ensure that is name, and thus name of his forth-fathers or parent should be rename. Most of the Dinka people believe and said that nothing like “culture,” but most of them defined culture is consist of the systems of values and believe which are characteristic of all societies. The “Dinka kingdom” they believe systems involved stories, or myths, whose interpretation can be represent to the people insight into how they should feel and think on their behaved believes. Mostly Dinkas people believe values of culture are systems that very often do grow out of believe systems. However, many Dinkas in the southern Sudan appear to existing their values cultures in their society believe nowadays are most helpful. Most of Dinkas believe that keeping cultures in our modern societies is a benefit enough to keep generations moving forward for their successful. They Dinkas believed that maintaining the culture is very importing to the next generation to come.

According to the Dinkas culture, they saying that most important thing in life are to keep a new generation to move forward smoothly in the same direction as our grand, grandfathers had been done it to us; and they will keep passing on to the next generation. Dinkas people are still believed in their culture in the present times that keep them as a family of Dinka kingdom because they don’t forget their culture like others tribes in Sudan.

According to Dinka people, institution of the Liberated compels the woman and the family to find a suitable man to remarry her for the sole purpose of producing children. First cousins become the second most eligible to remarry his brother’s wife if he was dead or absence. If the woman that her husband pass away had more than one brothers; the elders of the family will sit

down and discussing who will take over their brother’s wife to bear her children. The children last name will be given to Mr. Y, who marries the woman first and then passed away, but Mr. X his only job is to producing the children to the woman only, but the kids are not his. The children are not for Mr. X but for Mr. Y because Mr. Y he was the one who marry the woman before he die. This practice is known in the Dinka language as (lahot) mean entering the hut. So the norms and values have Dinka people practice the most important to them is if a man marriage another lady from another clan. On the half of the lady, she will look for another man within society as considered woman violated which render them “bad woman” on the eyes of Dinkas people. If the man died before he marry the procedure to ensure survival of his family name takes the same line. The family of that man who passed away will marry a woman and offer to one of the brother, or relative to bear children in the name of the deceased. According to the culture it reflects and maintaining their dignity which every generations must follow the same footsteps for their forth-fathers. Because that was why to keep Dinka cultures dream alive to next generation to come.

The most important in Dinka culture values is highly respected between men and women as it reflected manners. In Dinka culture values, most of women take care of household and mostly the cook foods for everyone in the house, clean dishes and wash the dirty clothes for the kids, and her husband. The man work of the household is to bring something to eat for whole family, and build a house for his family to live. Most of the time, the man does the hard work because Dinkas believe that the man is responsible for the hard work because he is the man of the house.

On the other hand, in the Dinka culture values and moral values most of them relying on livestock keeper and rest of them are pastoral in their inhabiting life. Also in Dinka culture, it is important in the community if the man need to marriage according to Dinka considered ages of 18 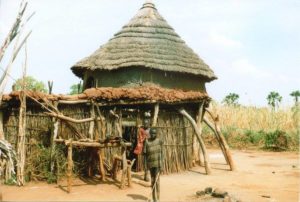 and above that must be considerable to handle their own life. The Dinka values culture it must be important that it they reflect their own language also called Dinka, or Thong Jieng. It is one of the Nilotic families of languages belong to branch of the Nilo-Saharan family in Sudan. The name means people in the Dinka language and in their culture value the called God Nhialic (Sky).  Moreover, in Dinka culture, it is more valued in the whole Southern Sudan that it is promotes their own languages. Therefore Dinka culture is most famously within Eastern Africa as people become aware to know Dinka culture and moral values that interest people of highly respects. All over the world, many people believe in their own culture where the dignity will be high in their societies. However, many people again in their culture and customs in the same roots of their forefathers.

On the behalf of the Dinkas people in Sudan is more powerful than others cultures in the southern Sudan. Many people around the world believe that the culture is more powerful in every society as many generations keep move in the same row. The Dinka-groups people defined
the “culture as nothing like it to stays on believes in customs. The Dinkians of Sudan are still follows their culture unit today because Dinka people they don’t adopted other tribes cultures. Dinka culture is more increasable in Africa history because no other culture around the world does the same amazing things like Dinka.[/vc_column_text][/vc_column][/vc_row]