This conflict got much worse in 1984, and it became one of the longest and deadliest wars of the 20th century. About 2 million civilians were killed, and more than 4 million people were forced to flee their homes.  My own first awareness of this war came in the middle of an otherwise normal night. I was four years old. In February of 1987 Muslim soldiers attacked our town, a town called Yirol. It was dark and quiet- a normal evening in Yirol. Cooking fires burned low- the pleasant smell of smoke and dinner resting lightly in the air. There was no electricity in our village, so the darkness was quite complete. Families sat and talked as the stars glowed brightly in the warm night sky. Suddenly everything changed. Imagine this-there were explosions, smoke quickly filled the air, and there was a lot of shooting. The darkness was eerily lit by flashes and fires.  They killed a lot of people and burned our houses to the ground. In the middle of this insanity, we ran blindly away from the noise and light. My brother and I ran away to the forest, just like thousands of other children, and hid in the bushes. We were separated from our parents because when the shooting started, people were scared and ran to the forest in utter confusion. In that attack in our town, all my family members were separated from us. My father was killed with other family members, and my mother was lost-we didn’t know where she was at the time because children were totally scatted from their families. This scene of chaos and devastation was repeated in many, many villages across south Sudan. After the battle, the elders of the town were looking for the children that hid in the bushes. They found us in the bush that we were hiding in, and took us to the camp where there were many people staying. We did not have any food, clothes, or a place to sleep because our houses were burned down to the ground, along with everything we owned.  Having nothing, and with no one to help us, within days, we decided that our only option was to walk for help.

We walked to Ethiopia— a barefooted trek of about 1,000- miles, but on our way to Ethiopia many people died because of thirst and hunger, and others—those who were too weak to keep up the pace- were eaten by wild animals. Lions and hyenas would watch and wait, picking off those who were too exhausted to continue on. We went days without food or water. We would eat anything that might possibly keep us alive. We ate wild leaves, and sucked moisture from mud to stay alive. Sometimes, when we reached a place where was not even mud to suck on, some of the people drank their own urine, concentrated from dehydration, so that they would not die from thirst. It is estimated that well over 26,000 of us started this journey. We were welcomed into Ethiopia, and taken across the border river by boat.  We stayed in Ethiopia for three years, until 1991, when civil war broke out in Ethiopia because they were revolting against their new president.

After the war began we were attacked once again, this time by Ethiopian rebel army with northern Sudan government soldier. We escaped to the forest again and hid in the bushes. At this time, I was 8 years old, my brother—10. As we ran, gunmen in tanks fired at us. To escape from Ethiopia we had to cross the River Gilo to other side if the river, back into Sudan. Thousands people drowned in River Gilo, and some of them were eaten by crocodiles, who waited hungrily for us to try to escape the machine guns into the river. Others were shot to death.  After we escaped the Ethiopian war, we learned that not only were the Ethiopian soldiers hunting us, but also the northern Sudanese government was involved in the killing of southern Sudan civilians in Ethiopia. Also, even as we fled Ethiopia, the northern Sudanese army still sought to kill us too.

We were about 26,000 boys in the refugee camp in Ethiopia, but after the Ethiopian war, only 10,000 thousand of us made it out alive back to Kenya. Even fewer of us made it back to South Sudan in a town called Kapeota.  We stayed in Kapeota for only a couple of months. The Muslim soldiers attacked us in Kapeota once again and killed many people and captured Kapeota. We ran to a small town called Narur which is close to the Kenya border. We heard rumors that the Arab soldiers were about to attack us in Narur. The Sudanese military in turn bombed the areas for a week, driving us south toward Kenya. We walked by foot from Narur to Lokichoggio for four days without food, and water. This trek from Ethiopia to Kenya covered about 700 miles. We were very hungry, thirsty, and tired because we walked days and nights with no rest. We arrived in Lokichogio early in the morning. We stayed under trees because there were no shelters.  The Red Cross came to us in Lokichoggio and gave us food, water, and blankets to sleep with. We stayed in Lokickhoggio for few weeks until the UN came to us and took us to Kakuma Refugee camp in 1992. We stayed in Lokichoggio for few weeks until the UN came to us and took us to Kakuma Refugee camp in 1992. Still, the life in Kakuma refugee camp was very bad, because we ate only one meal a day, and sometimes we went for some days without food because the United Nation High Commissioner for Refugee (UNHCR) contributed food for fifteen days of the month, and the food they contributed was not enough for all the people in the camp. What kept us surviving in Kakuma was hope.  We hope that one day good Lord will free us from suffering. We continued to hope that everything will be alright, and that one day God will turn everything around that we had been going through in our life. Life in Kakuma was very tough. For instance, there were days we called black days, when there was no food at all. People were just exited—with nothing to eat. On the black days, we gathered around and played dominos, playing cards, or soccer. And sometime we joked around to make the day go by faster. Conditions were bleak at Kakuma. They would give us small amount of maize to last 15 days, and the last seven days we would be without food. Also what really helped people in Kakuma was tea. If you were suffering so much it appeared you close to dead, you could drink tea to help you a little bit too reduced pains of hungry. We drank three to four cups of tea each day if we were really hungry. This would fill our stomach and blunt the pains of hunger for a while. Medical care was incomplete, too. Many died from scorpion bites, malaria, yellow fever, cholera and other treatable diseases. Because there were inadequate services, clean water, and medications, many, who would have survived, died. It is also said that many died from homesickness. Being uprooted from family and home, hope all too often perished, taking the soul with it.

Being a refugee in a different country you do not have freedom, because what we faced in Ethiopia and Kenya was horrible. The Kenyan people treated us like nobody who doesn’t have country. Local tribes called Turkana, who lived around the refugee camp, (in the Turkana District of the northwestern region of Kenya, 120 kilometers from Lower District Headquarters and 95 kilometers from the South Sudan border) were very violent tribes in Kenya. These tribes killed many of our people in the Kakuma refugee camp. They would strike in the middle of the night by shooting people from a distance, or entering the camp, steeling and beating people to death. Now, I live in a land where is surplus of everything like food, light, water, medical care, clothing, beds, housing. I am fortunate. But this blessing leaves me wanting to help my people find a better life, too. Everything in my home village, Yirol, and hundreds of other villages, was destroyed by the invading northern bombers, soldiers and tanks. We lack clean water, housing, medical care, schools and even food. Those who survived, and still in Kakuma, hear that the war is over in South Sudan. But when they return to their homes, there is nothing there to sustain life or hope. As thirst, heat, disease, hunger lack of hope take their toll, they give up and return to Kakuma—a place with barely enough food and water—but still no hope for a better life for them or their children.

My dream is to rebuild hope. In the form of ample clean water, self sustaining food sources, schooling and medical care, I hope to bring life and a future to South Sudan. That is what my organization, RSSVP—Rescue South Sudan Village People is all about. 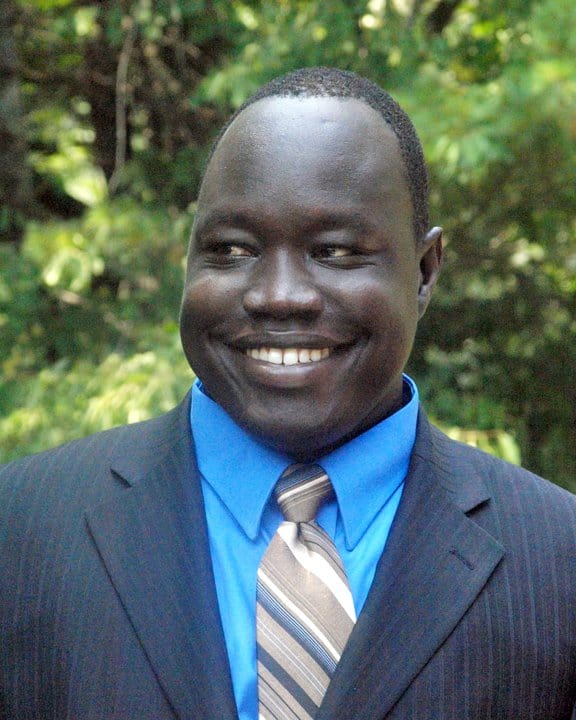 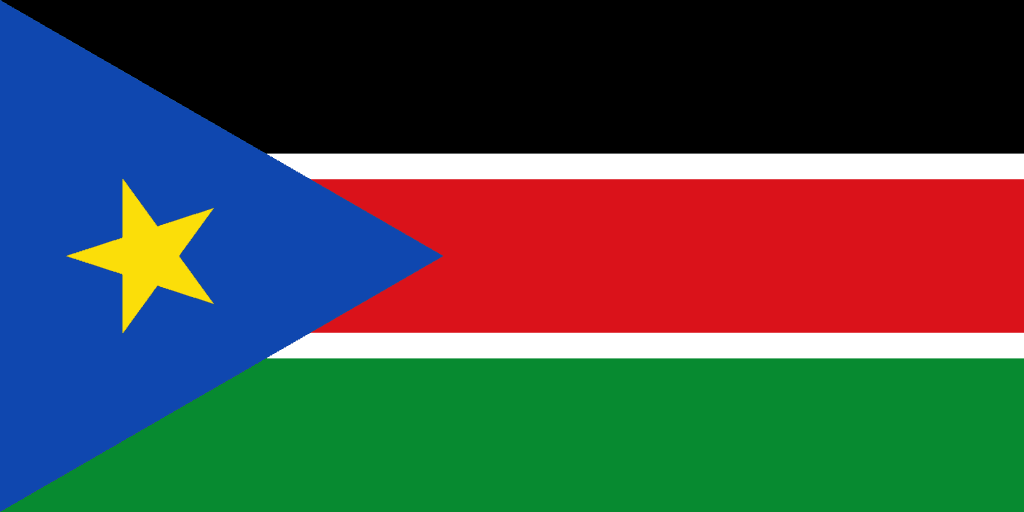 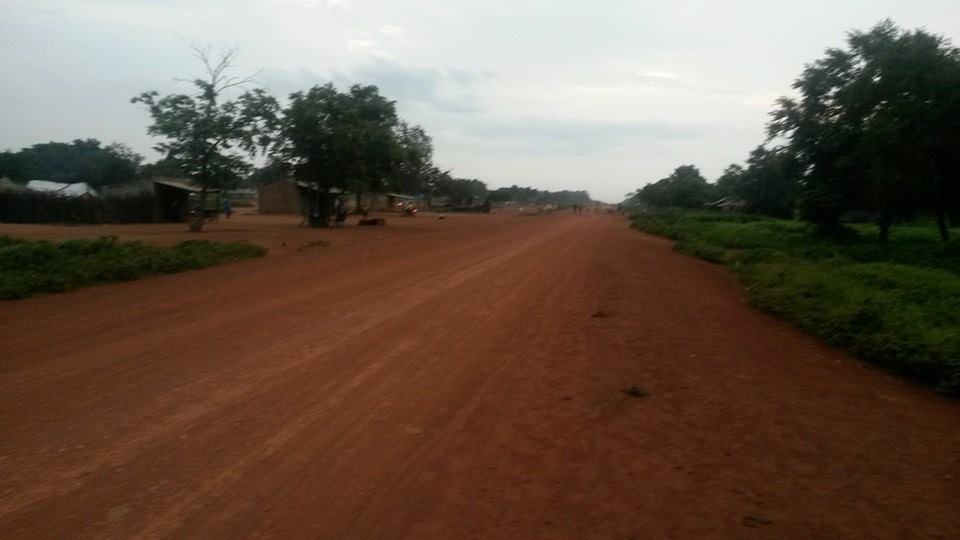 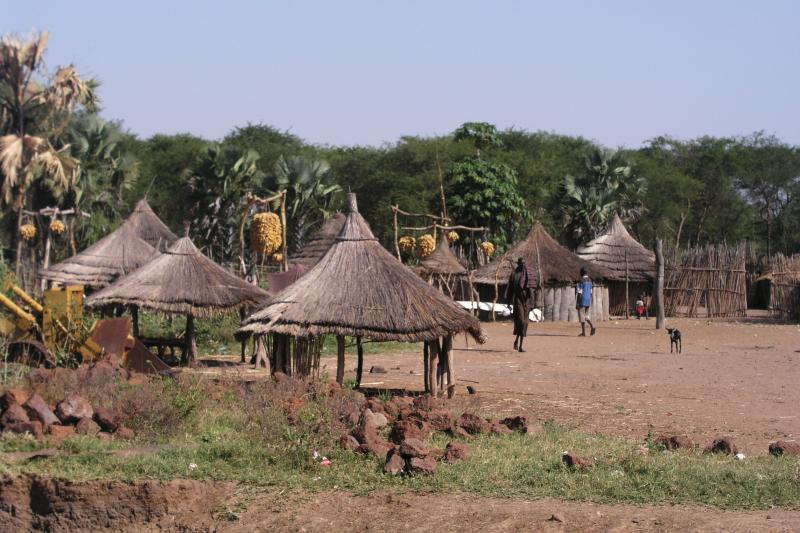 Report on the Inter-Communal

The Last Competitive Matches of my