1840: Captain Salim Bey occupies areas along the Nile to Gondokoro, near Juba. Bahr al-Ghazal is invaded and occupied by other Turco-Egyptian officials.

1881: Revolt against the Turco-Egyptian administration.  Unsuccessful attempts to conquer the South Sudan by the Mahdists.

1892: Belgians from Congo/Zaire capture Western Equatoria up to Mongalla – the “Lado enclave” is made part of the Belgian Congo. French forces under Major Marchand occupy parts of Bahr al-Ghazal and Western Upper Nile to Fashoda settlement on the river; by 1896 the French had an administration in these areas.

1896: Belgians agree to release the Lado enclave to British control when King Leopold of Belgium dies.

1897: French forces from Djibouti set off across Ethiopia aiming – unsuccessfully – to link up with the Fashoda expedition and annex Southern Sudan to French West Africa. The “Fashoda Incident” results from Marchand’s encounter with British forces.

1898: Anglo-Egyptian forces led by General Kitchener overthrow the Mahdist state in the battle of Omdurman. The two countries begin to establish condominium rule.

“Pacification” of the country, characterized in the south and Nuba Mountains especially by periods of extreme violence.

1901: The Nuer and Azande wage armed resistance against colonial rule; there was similar resistance in Aliab Dinka.

1920s: After “pacification”, Southern Policy brings the Closed District Ordinance to the South and the Nuba Mountains and Southern Blue Nile. Some governors want to incorporate the South with Uganda: Southern region governors attend administrative conferences in East Africa, not Khartoum.

1922: Passports and Permits Ordinance controls travel between North and South.

1928: Language policy for the South establishes English as the lingua franca and encourages local languages at the expense of Arabic.

1930: Declaration of South Sudan Policy, South Sudan as culturally and racially distinct, would eventually develop as a separate territorial and political entity or be integrated into the British East Africa.

1946: Britain reverses the Southern Policy after agitation against it by the North. Protests against reversal by British administrators in the South.

1947: The Juba Conference held to allay the fears of its administrators in the South. South Sudanese themselves were betrayed by Britain. Juba Conference organized by colonial government – Southern chiefs agree with Northern nationalists to pursue a united Sudan. A crash program of integration follows, as Southern Policy is abandoned.

1953: The 800 administrative posts vacated by the British are “Sudanized” as “self-rule” is introduced, Northern politicians allocate four posts to Southerners, reflecting both racial prejudice and the inadequacy of Southern education. In the South, “Sudanization” is regarded as “Northernization”.

Southerners are not represented at the Cairo Conference on self-rule, on the grounds that they have ‘no party or organization’.

1955: In Equatoria, the Torit mutiny of Southern soldiers refusing transfer to the north marks the beginning of the first civil war, lasting 17 years.

1955: Beginning of first civil war between North and South.

1957: Government takes over mission schools in the South Sudan.

1960: Imposition of Mohammedan Friday as day of rest instead of Sunday in South. Students strikes against this policy in the South.

1962: Missionaries Act expels Christians from the South for alleged incitement of South Sudanese against Arabization and Islamization.  Schools in South Sudan strike against government policies and expulsion of Christian missionaries from the South. Civil war begins in the south, led by the Anya Nya movement.

1964: The Abboud regime steps up military action in the south, forcing thousands of southerners to seek asylum in neighboring countries.

1965: Round Table Conference in Khartoum between South and North to solve the Southern Problem ends in failure. Start of Jellaba Arab massacres of innocent South Sudanese civilians in Juba, Wau and other towns.

1968: Assassination of William Deng by government troops near Rumbek.

May 1969: A group of officers led by Colonel Jaafar Mohamed Nimeiri takes power in a military coup with leftist and Communist support.  Jaafar Nimeiri becomes President after “May Revolution”; briefly anti-Western.

1972: Under the Addis Ababa peace agreement between the government and the Anya Nya, the South becomes a self-governing region.

1974: Riots in Juba follow rumors that Egyptian farmers will be settled in the area drained by the prospective Jonglei Canal.

1975: Revolts by South Sudanese soldiers in Akobo and other barracks, protesting their transfer to the North, in violation of Addis Ababa Agreement.

1976: Capt. Aguet led a mutiny in Wau, fled into exile but was lured back by fellow Southerners and then shot.

1983: Nimeiri embarks on “redivision” of the south from one autonomous unit to three states; a map attached to the Regional Government bill puts the area where oil has been found into northern Sudan. His creation of new “Unity” state around Bentiu to pry it from the south causes political upheaval among southerners, as does presidential decree that oil refinery is to be built at Kosti, in the North, instead of Bentiu.

Nimeiri introduces “Sharia” or “September” laws. In eighteen months, 200 people -mostly displaced – suffer amputation for theft.  South is “redivided” into three regions, and the single regional government is abolished.  Civil war resumes after mutinies at Bor garrison, Pibor, Pochalla, Wangkai and Ayod, leading to the formation of the SPLA/SPLM.

1984: After SPLA attacks on its oil fields in the south, Chevron suspends operations. Jonglei Canal work is halted by SPLA activity.

April 16, 1985: Nimeiri is overthrown after a popular uprising headed by the “National Alliance for National Salvation” leads to a military coup by his defense minister, General Abd al- Rahman Swar al-Dahab.

March 1987: (EI Da’ein massacre): Hundreds of displaced Dinkas are massacred by Rezeigat in Ed-Da’ein, Darfur. A subsequent report on the massacre details the kidnapping and enslavement of Dinka women and children as part of the militia raiding pattern in Northern Bahr al-Ghazal.

June 1989: On the eve of a key cabinet meeting, and with the government delegation ready to meet John Garang in Addis Ababa on 4 July, a military coup on 30 June thwarts the peace process. Omar Hassan Ahmad Al-Bashir comes to power.

December 1989: Jebelain Massacre: At least 1000 Shilluk Southern migrant agricultural workers at Jebelain on the White Nile are massacred by an Arab militia.

December 31, 1990: Al-Bashir announces that Shari’a law is to be implemented with immediate effect in northern Sudan.

March 1991: 600 Southern civilians are killed by Arab militias at Rokon, between Maridi and Juba, reportedly for refusing to act as human shields against SPLA attacks on the military.

May 1991: After the fall of the Mengistu regime in Addis Ababa, some 500,000 Southern Sudanese are forced to return to Sudan from border areas in Ethiopia, and are bombed by the Sudanese air force.

October 1991: Army seals off the Nuba Mountains and begins operations to drive out the Nuba and destroy SPLA strength there.

December 1991: The secret war against the Nuba is highlighted by reports from Africa Watch and Survival International, which point to growing incidence of “disappearances” of educated Nuba and the deaths of thousands of men, women and children in raids by the army and government-backed militias.

January 1992: Jihad declared in Nuba Mountains at AI-Obeid meeting of regional governors of Southern Kordofan. The regional military commander pledges to “cleanse” every area “sullied by the (SPLA) outlaws”.

May 1992: After a government attack on the SPLA-held town of Kapoeta, some 22,000 Sudanese seek asylum across the Kenyan border, including 12,500 unaccompanied minors (later known as Lost Boys and Girls of Sudan).

June 1992: The government begins in earnest the forcible mass relocation of the Nuba from the conflict zone in the Nuba Mountains. Thousands of civilians are moved to “peace villages” – displaced persons’ camps – further north.

December 1992: Government troops in the South are allegedly offered financial rewards for impregnating Southern women. The “largest ever” massacre of Nuba people, at Heiban, is carried out on 25 December, and Amnesty International reports operations tantamount to “ethnic cleansing”.

April 1993: Thousands of displaced from Nuba Mountains and Bentiu reach northern Kordofan. Women say the PDF raped them: there is an unusually high rate of pregnancy.

August 18, 1993: US State Department adds Sudan to its list of states sponsoring terrorism.

September 1993: The heads of state of Ethiopia, Eritrea, Uganda and Kenya establish a committee to resolve the civil war in Sudan, in their capacity as members of the Inter-Governmental Authority on Drought and Development (IGADD). Al-Bashir accepts the initiative but warns against foreign intervention.

November 20, 1993: The TGADD Initiative follows the resolution passed in Kampala by African members of the Eastern and Southern African Preferential Trade Area to seek a solution to the conflict.

September 1994: Al-Bashir claims some of the IGADD states convening peace talks in the Horn of Africa are “not neutral”: there is deadlock over the issues of self-determination and the separation of state and religion. Garang endorses the IGADD declaration of principles.

October 1994: A new offensive is launched in the Nuba Mountains: government forces seek to encircle the area under SPLA control and deny villagers access to water points, including a “shoot to kill” policy.

February 2003: Fighting erupts in Darfur region between government and insurgents.

January 2005: Government and Southern rebels sign a peace deal. It includes a permanent ceasefire and accords on wealth and power sharing.

July 9, 2005: The SPLMJA leader John Garang is sworn in as first vice president. A constitution which gives a large degree of autonomy to the South is signed.

July 30, 2005: SPLM/A Leader and First Vice President of Sudan, Dr. John Garang de Mabior died in a helicopter crash between the border of Uganda and Sudan. His deputy, Salva Kiir Mayardit succeeded him. That day became a holiday called “Martyrs’ Day” in honor of all fallen heroes.

2008 April: Counting begins in national census which is seen as a vital step towards holding democratic elections after the landmark 2005 North-South peace deal.

July 22, 2009: The Permanent Court of Arbitration (PCA) in The Hague passed a landmark ruling on Abyei by stating that the ABC (Abyei Border Commission) under the CPA exceeded its mandate; Abyei divided into two parts– the 9 Ngok Dinka to the south and Arab Messeria to the north, as well as controversially awarding the Heglig and Bamboo oilfields to Southern Khordufan in the north.

July 2009: North and South Sudan say they accept ruling by arbitration court in The Hague shrinking disputed Abyei region and placing the major Heglig oil field in the North.

December 2009: Leaders of North and South reach deal on terms of referendum on independence due in South by 20II.

January 2010: President Omar al-Bashir says he would accept referendum result, even if South opted for independence.

November 15, 2010: Registration starts across South Sudan, North Sudan and seven countries in Diaspora for the South Sudan 2011 Referendum for Self Determination to take place next year, on January 9, 2011. Southerners will vote for either Separation or Unity.

December 8, 2010: End of registration for the Southern Sudan Referendum. Nearly 4 million southern Sudanese registered both in South Sudan and in eight other foreign countries and the north.

October 11, 2007: President of Government of South Sudan (GOSS) announced the withdrawal of SPLM from the Government of National Unity with National Congress Party partner of Sudan President Omar al-Bashir.

December 14, 2010: The Constitutional Court in Khartoum, accept a petition by north Sudanese lawyers against the SSRC.

January 9-15: Southern Sudanese in the South and those in the North and eight other countries vote in the South Sudan Referendum; the vote is either for UNITY or  SECESSION of the South.

February 9, 2011: The final results of the Referendum announced. Nearly 99% of South Sudanese voted overwhelmingly to SECEDE FROM SUDAN. 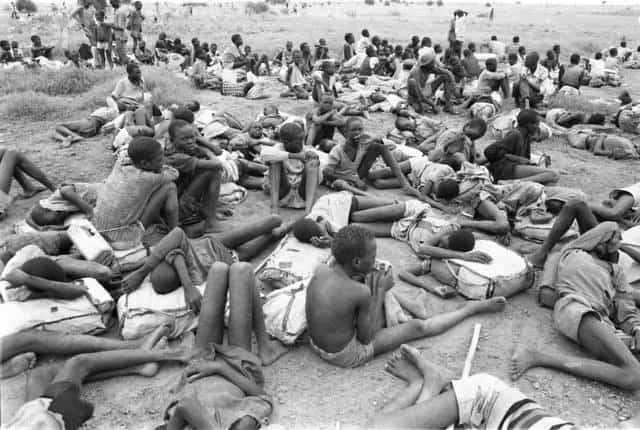 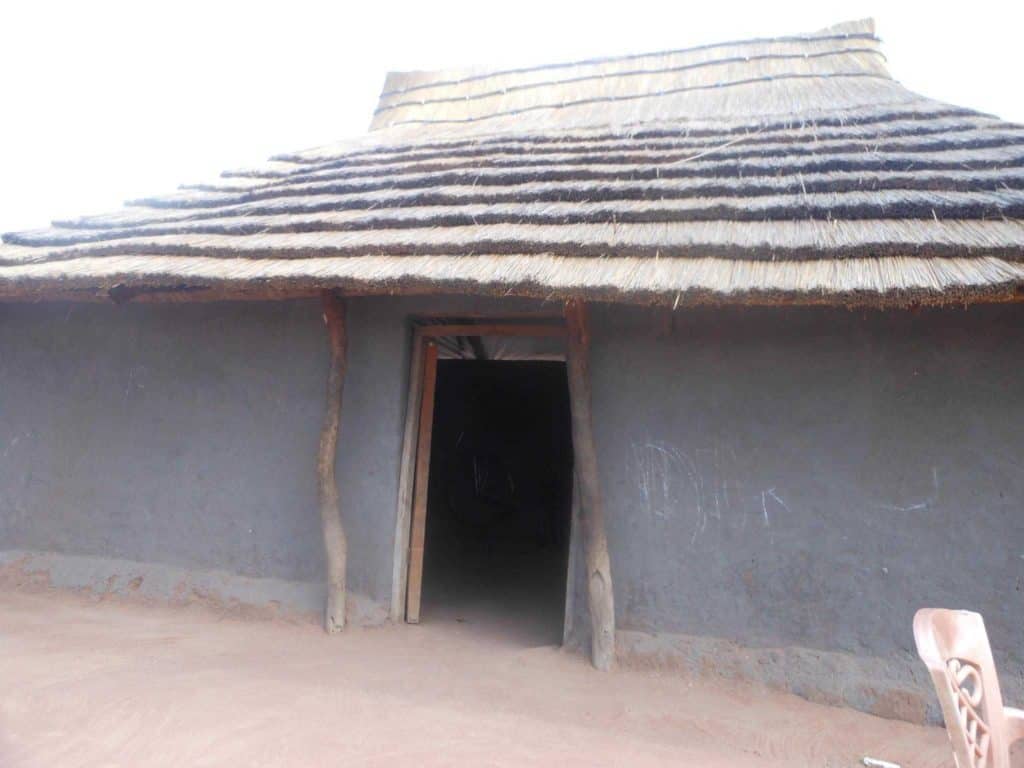 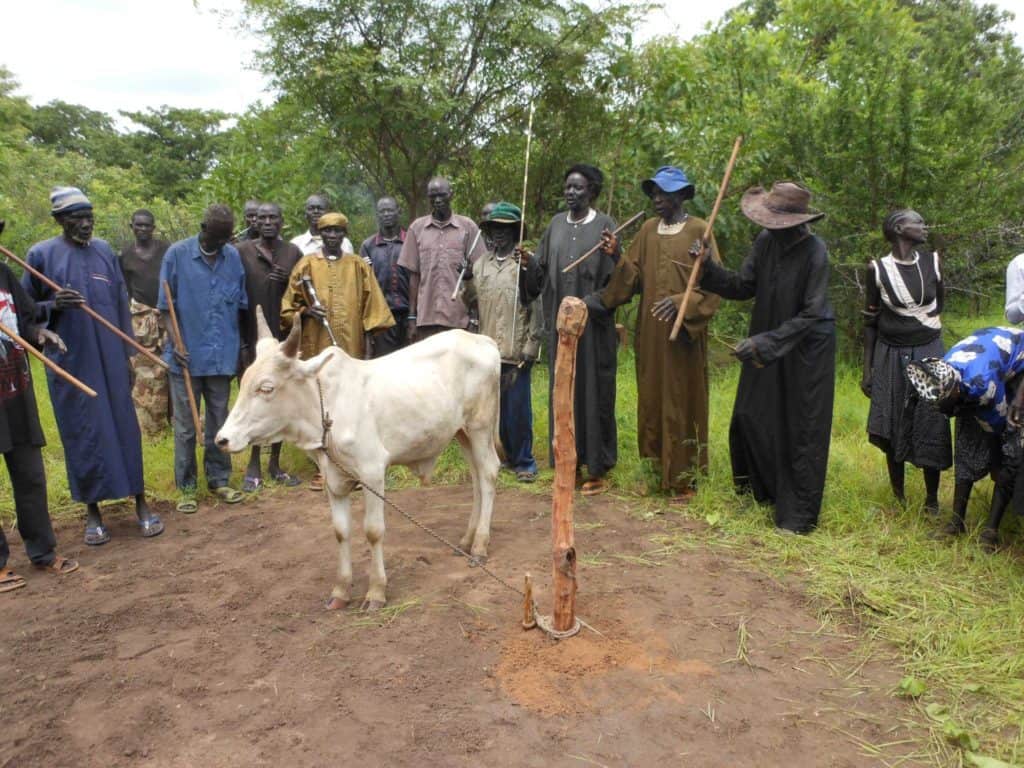 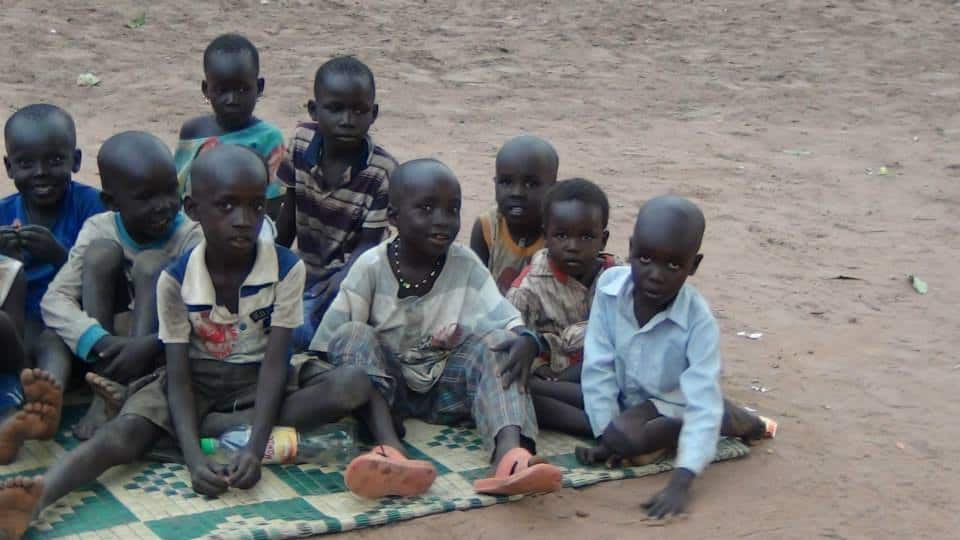 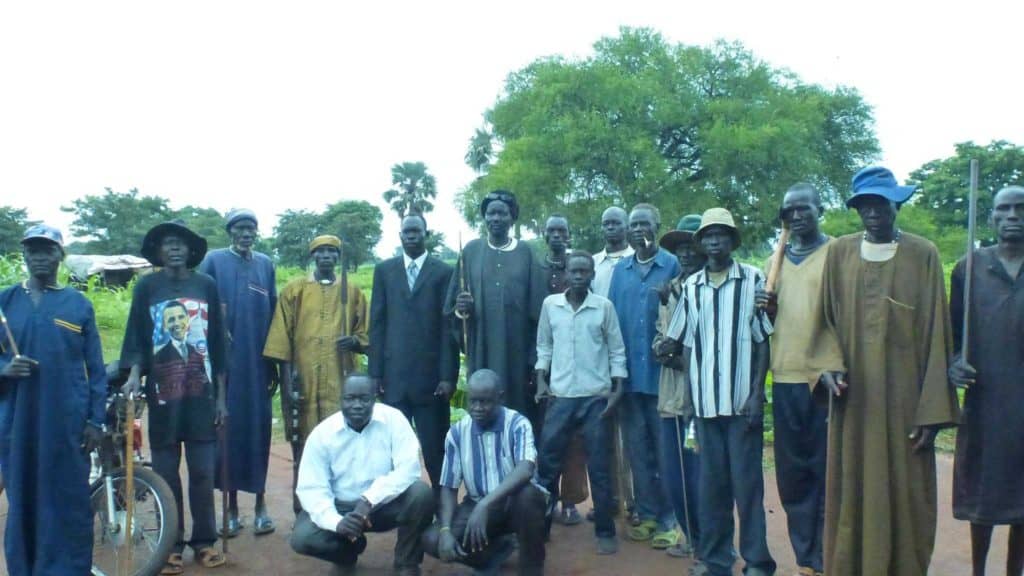 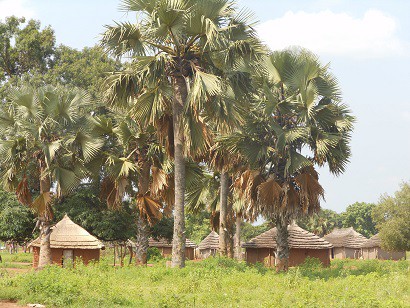 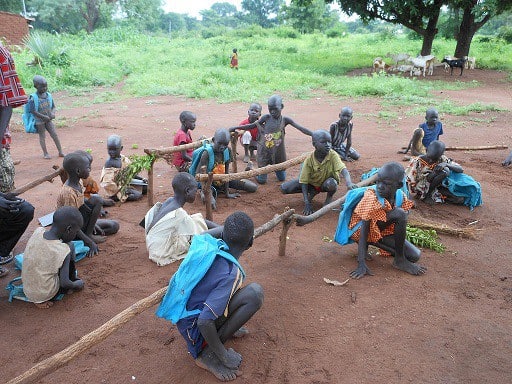 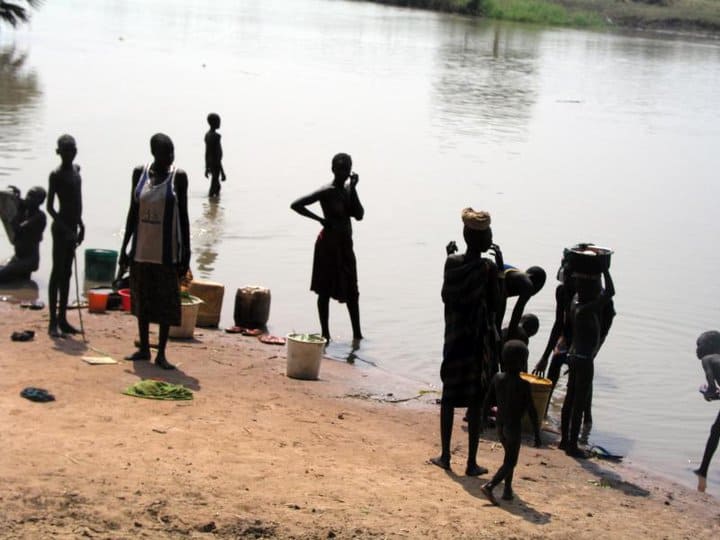 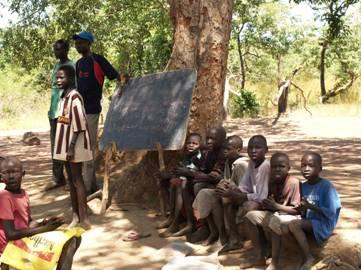 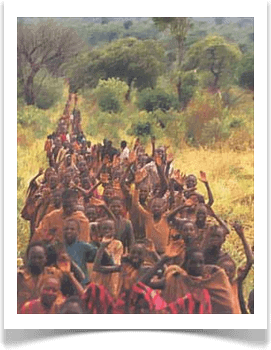 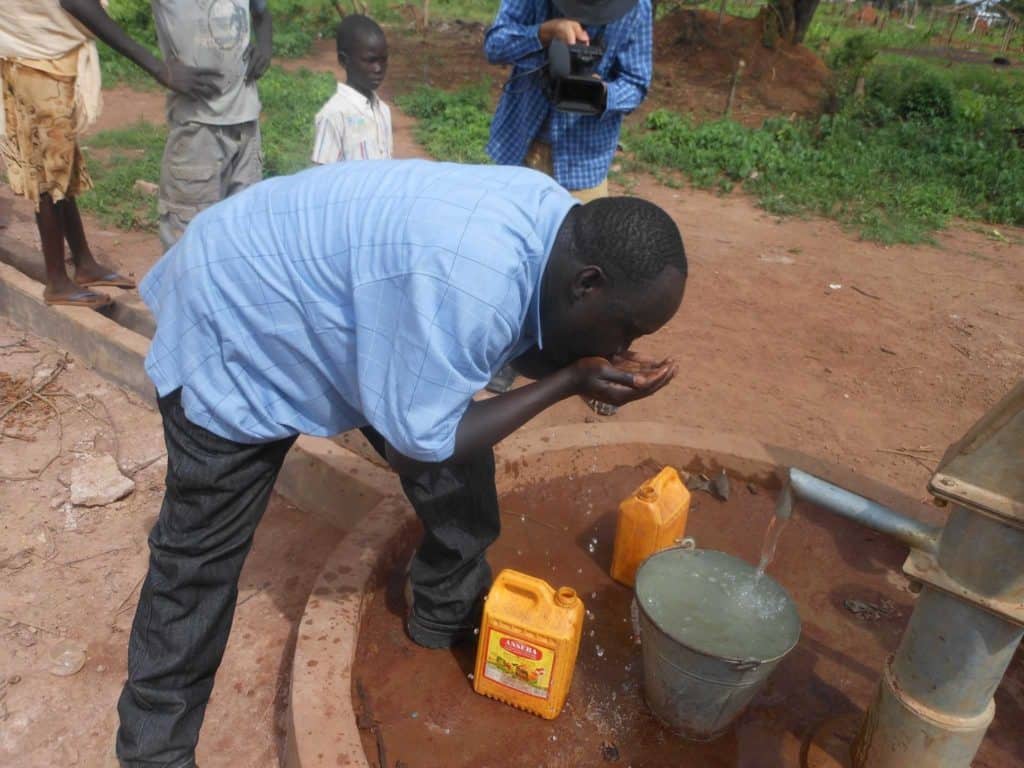 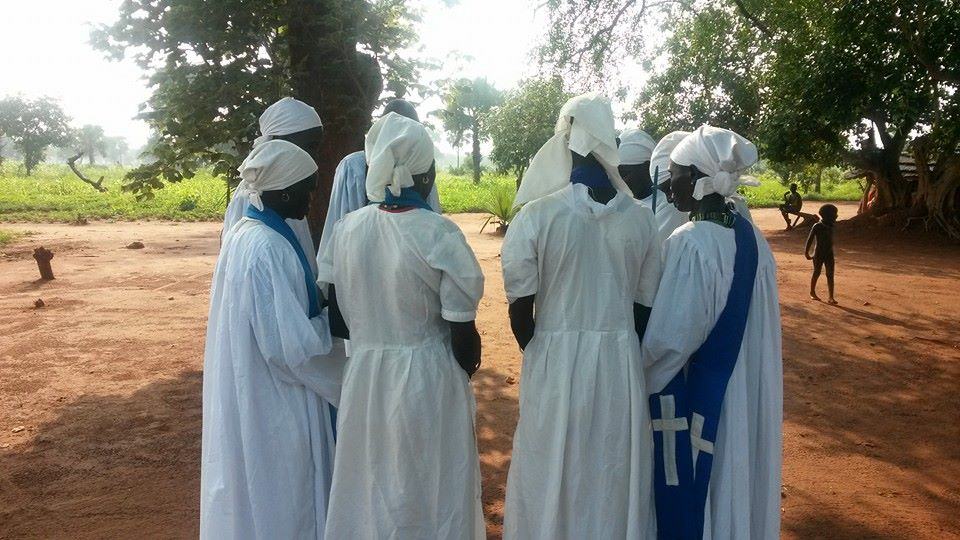 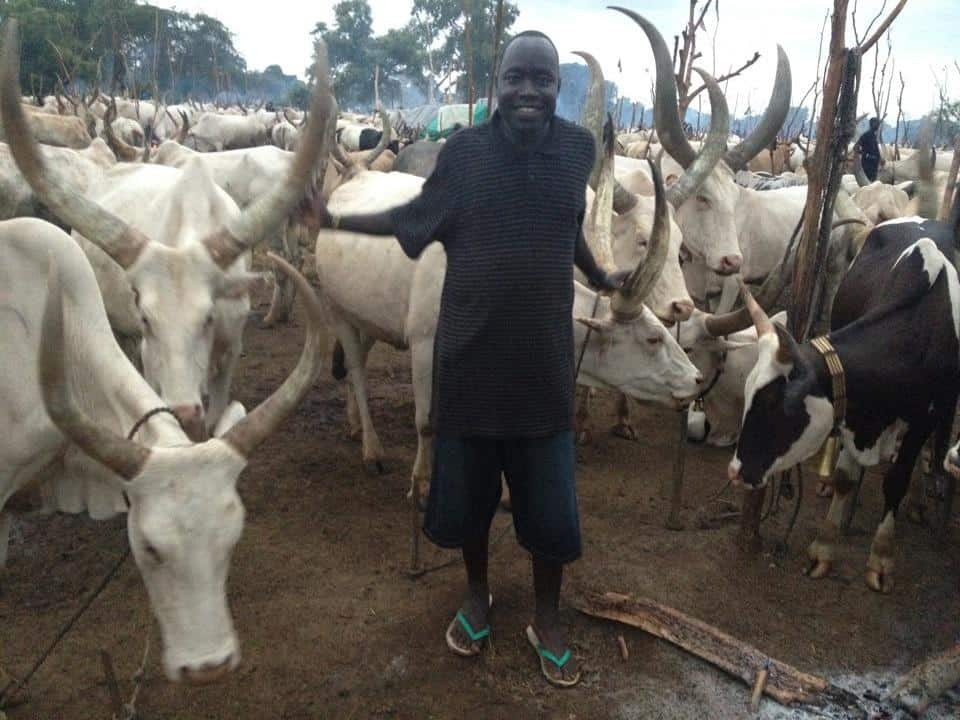 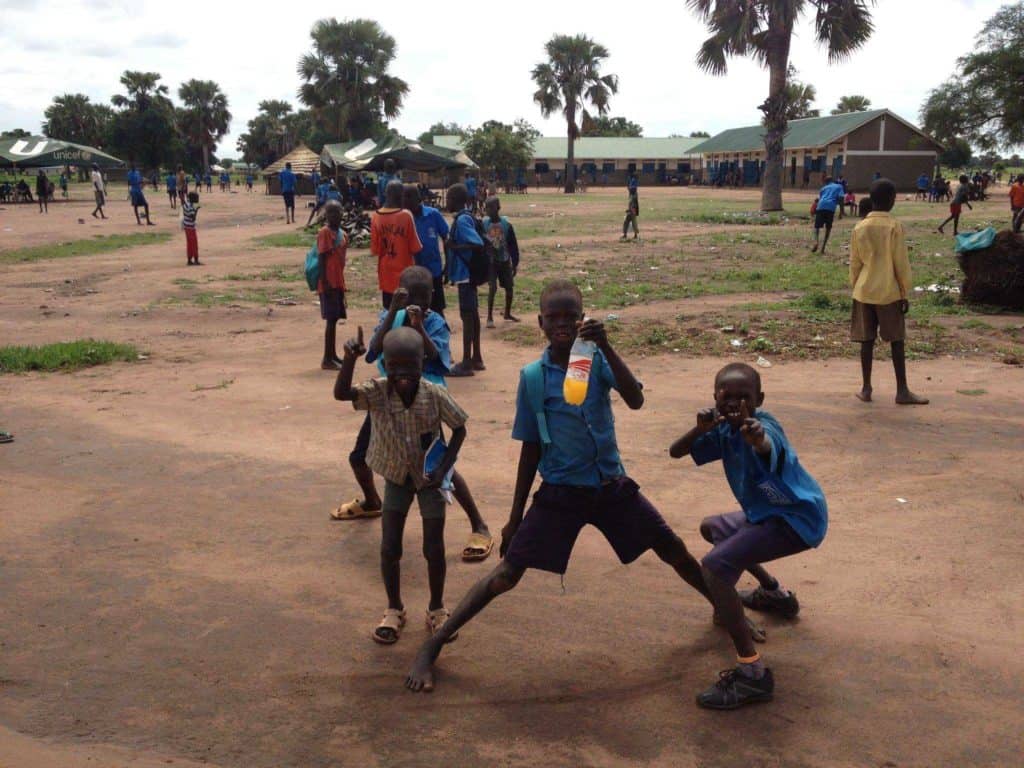 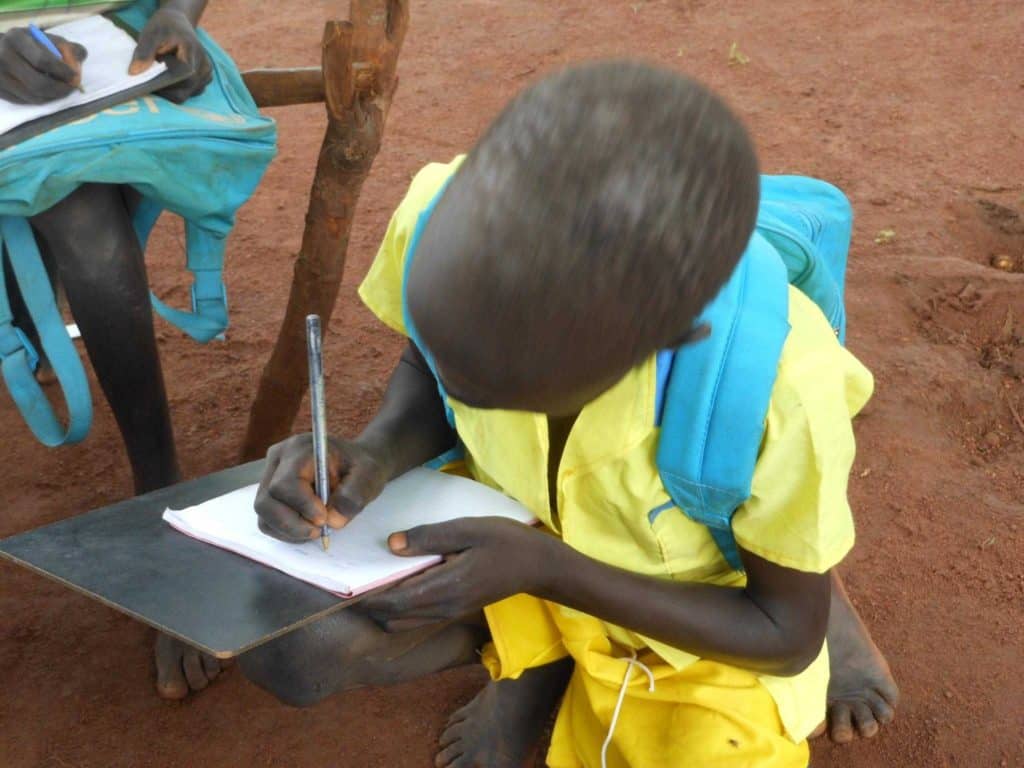 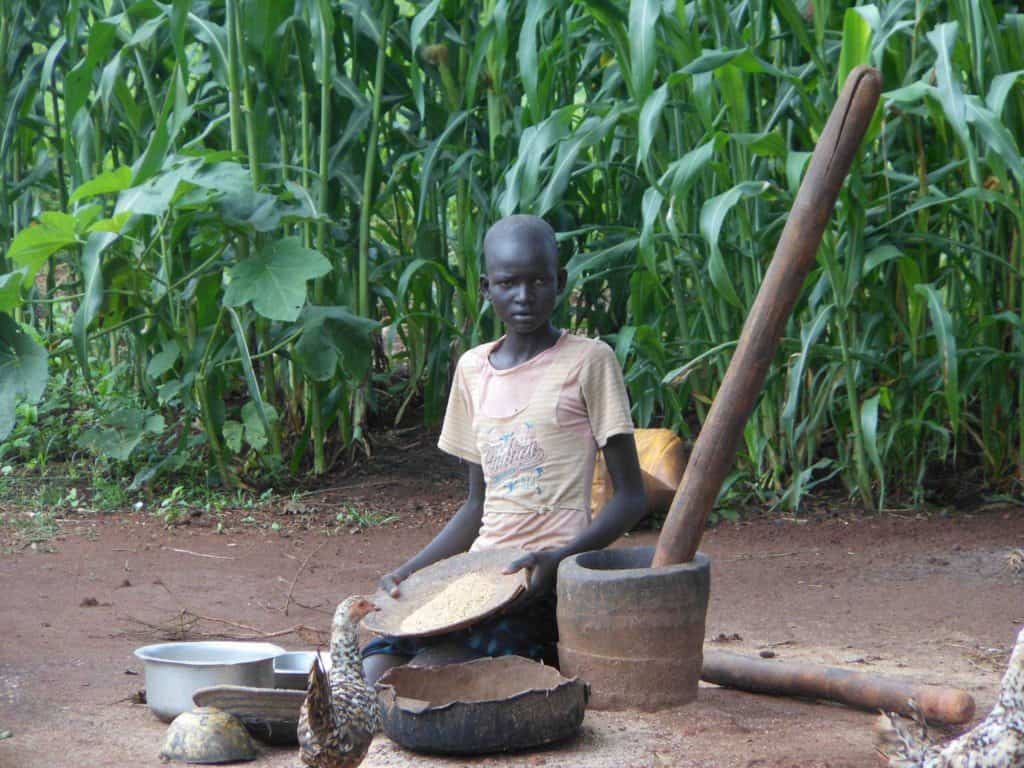 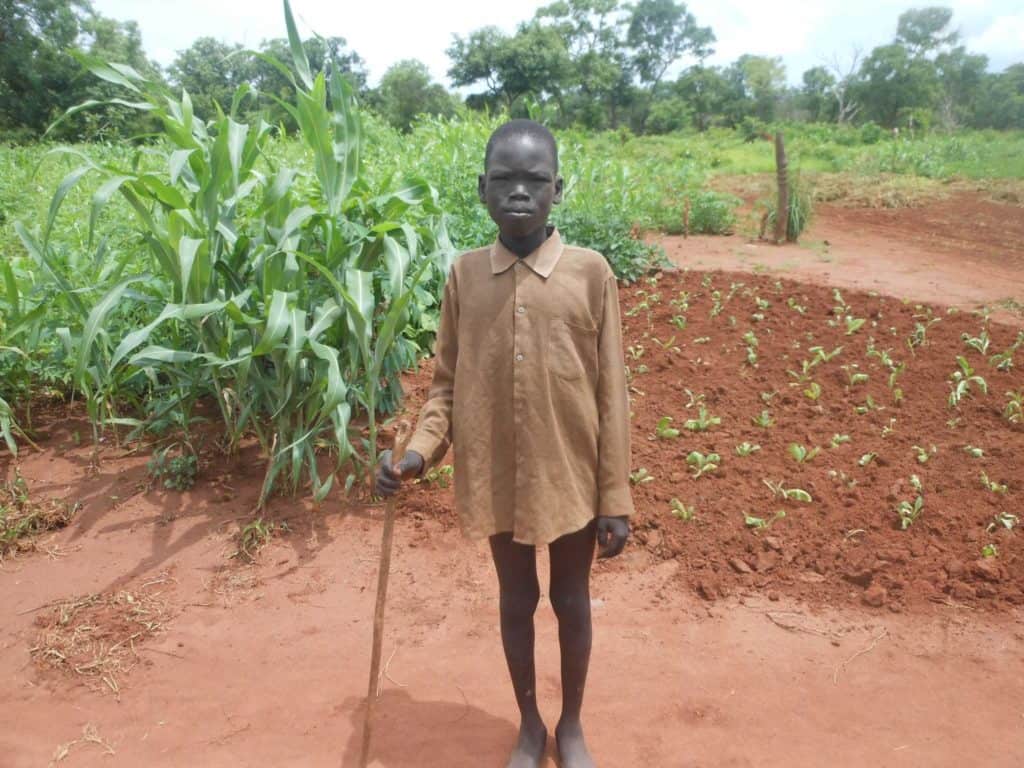